Two decades ago on September 11, 2001, many lost their lives to the 9/11 attacks. To honor the spirit of sacrifice made that day and the sacrifices that continue to be made by members of the armed forces and their families, we honor those heroes by uniting in service and volunteerism throughout our communities.

Beginning in 2002, family members who lost loved ones lead the effort for an appropriate and fitting tribute to honor their loved ones and those who volunteered to serve our country in response to the tragedy. The leadership and efforts of these family members resulted in the legislative establishment of the September 11th National Day of Service and Remembrance in April of 2009. AmeriCorps was charged with supporting this effort across the county.

Each year, AmeriCorps works with 9/11Day.org, our grantees, and faith-based, local, and national organizations to expand volunteering that honors the sacrifice of the families affected by September 11, 2001.

This year, Americans across the nation will mark the 20th anniversary of 9/11, united in service to their communities to honor the victims and heroes of that day.

This September 11, Americans across the nation will mark the 20th anniversary of 9/11 attacks. To commemorate this occasion, we ask you to honor the victims and heroes of that day through acts of service that will recapture the spirit of unity that swept the nation in the wake of tragedy 9/11.

Americans will unite with widespread compassion to help to heal our nation.

Remember to register your service project with us so we can help spread the word about your event and inspire others to serve. 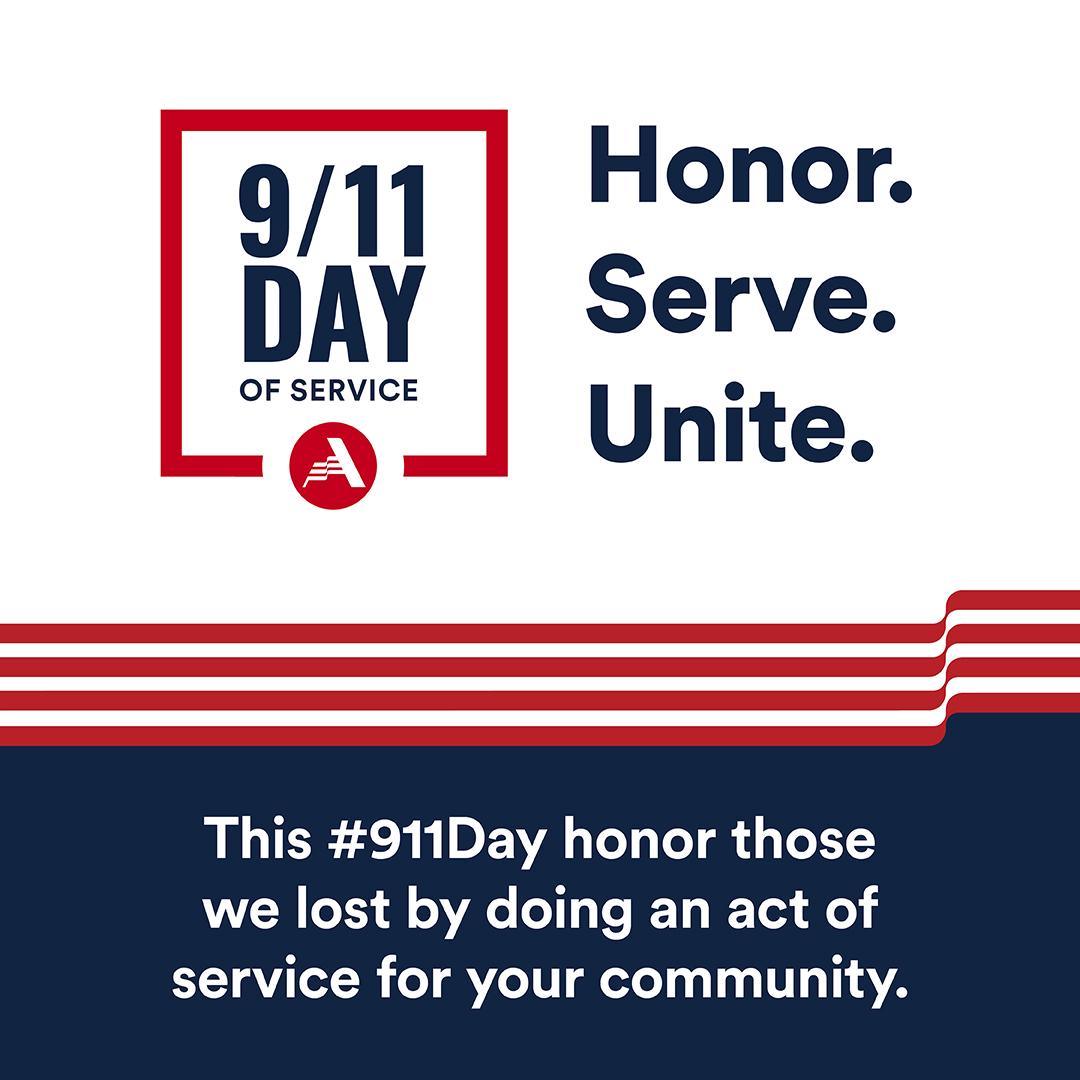 Additional resources can be found at 911Day and Youth Service America.