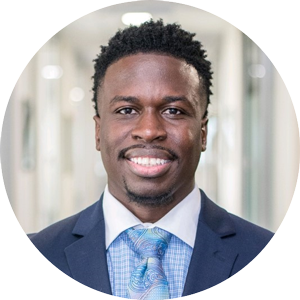 Benjamin is AmeriCorps' first chief diversity and inclusion officer. He joins AmeriCorps from the Department of Education, where he was deputy chief human capital officer and worked as a change strategist and executive leader for the agency's operational functions. Benjamin was also the managing executive for the department’s diversity, equity, and inclusion program and led the agency’s Diversity and Inclusion Council.

Benjamin previously was appointed human capital director and deputy chief human capital officer at the Executive Office of the President, Office of Management and Budget, during the Obama-Biden Administration. He directed the agency's human capital strategy, workforce development and employee engagement initiatives, and directed the diversity and inclusion plan. Benjamin was also the deputy human resources officer for the T Family Bureaus at the U.S. Department of State. He led the civil service staff for three bureaus supporting its arms control and international security missions.

Over a 22-year career, Benjamin has served as a noncommissioned officer in the U.S. Air Force, a civil servant for the Department of Defense, and an adjunct instructor for several institutions of higher learning. Benjamin is a certified professional coach and executively trained in strategic diversity, equity, and inclusion management through Georgetown University. He has received several awards for his superior leadership, and notable results as a federal human resources change agent in diversity, equity, and inclusion programs.