The Board of Directors sets policies and direction for AmeriCorps and is responsible for all actions taken by the Chief Executive Officer with respect to standards, policies, procedures, programs, and initiatives necessary to carry out the mission of AmeriCorps. 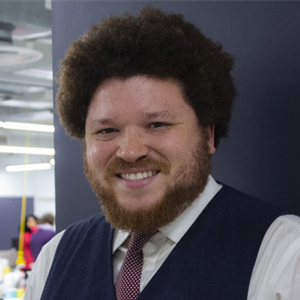 Fagan Harris was nominated to join AmeriCorps Board of Directors by President Biden in July 2021, confirmed by the U.S. Senate in December 2021; and officially started in January 2022.

Harris is a social entrepreneur, writer and researcher who has dedicated his career to advancing impact career opportunities for underestimated communities.

As the co-founder and CEO of Baltimore Corps, Harris has led his team to re-imagine recruiting, hiring, and career advancement for underestimated communities. In 2020, Baltimore Corps played a leading role in the Baltimore Health Corps, a $12 million initiative that enlisted hundreds of city residents in Baltimore's pandemic response as full-time public health professionals. The Health Corps earned national attention as a model for centering racial equity in large-scale workforce development. In 2021, Baltimore Corps launched citycorps.us, which will deploy the organization's model in cities across the United States.

Harris currently serves as the assistant American secretary for the Rhodes Trust, where he helps oversee the scholarship's annual recruitment and selection process. He is a trustee at the Johns Hopkins Hospital at Bayview and the Enoch Pratt Free Library. He serves as the national board president of Lead for America. Harris is also a board member at several Baltimore-based social enterprises including B-360, Infinite Focus, and H.O.P.E (Helping Oppressed People Excel). Harris chairs an impact consultancy that guides leading institutions to integrate Environmental, Social, and Governance into their core practices and operations. He started his career at College Track where he helped build its College Success strategy and program. In 2011, Fagan staffed the White House Council for Community Solutions in the Obama Administration.

Harris was named a fellow at Ashoka and Echoing Green for his work in social entrepreneurship. In 2020, he was awarded the Dial Fellowship by the Emerson Collective. Harris is a proud graduate of Maryland Public Schools. He is an honors graduate of Stanford University where he was the recipient of its top undergraduate honor. He earned a master's in philosophy from the University of Oxford where he was a Rhodes scholar. 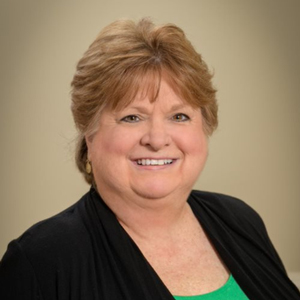 Catherine McLaughlin was nominated to the AmeriCorps Board of Directors by President Biden in April 2021; confirmed by the U.S. Senate in December 2021; and officially started in January 2022.

McLaughlin serves as the founding executive director of the Biden Institute at the University of Delaware. The institute, established in 2017, brings students together with accomplished, respected practitioners from a broad diversity of backgrounds and a wide range of policy fields to equip aspiring public servants to elevate civil discourse and take on pressing policy challenges facing our nation.

Prior to joining the Biden Institute, McLaughlin served as the Executive Director of Harvard University’s Institute of Politics for 22 years where she oversaw all programming including the JFK Jr Forum, the resident and visiting fellows program and national conferences for new-elected mayors and members of Congress. McLaughlin has created a national consortium of similar institutions that bring together students from across the country annually to identify ways to engage college and university students in the political process. She also co-founded the institutes’ Biannual Youth Survey on Politics and Public Service. She previously served as Tour Manager for the Boston-based band New Kids on the Block and as director of the Office of Alumni Affairs and coordinator in the Press and Public Liaison Offices at Harvard University's John F. Kennedy School of Government.

McLaughlin earned her B.A. from Saint Anselm College, where she currently serves as a member of the board of the New Hampshire Institute of Politics. 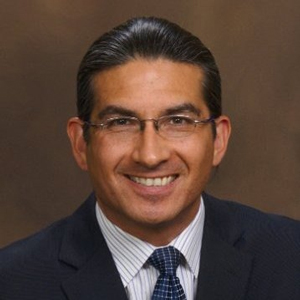 Alvin Warren was nominated to the AmeriCorps Board of Directors by President Biden in January 2022; confirmed by the U.S. Senate in March 2022; and officially started in March 2022.

Warren is a member of Santa Clara Pueblo where he lives with his wife Pamela, an Isleta Pueblo tribal member, and their children. He’s vice president of Career Pathways and Advocacy for the LANL Foundation in Espanola, N.M. In this role he’s responsible for expanding students’ access to academic and technical opportunities by supporting the growth of college and career readiness in districts, schools, communities and Native American Pueblos, Tribes and Nations. He leads the foundation’s work with secondary schools, universities, colleges, industry leaders and government representatives to develop and support a seamless educational continuum. Warren is a former cabinet secretary of Indian Affairs for the State of New Mexico, lieutenant governor of Santa Clara, program officer for the W.K. Kellogg Foundation, national Tribal Lands Program director for The Trust for Public Lands and land claims / water rights coordinator for Santa Clara.

During his career, Warren has helped tribes across the United States regain and protect traditional lands; ensured that over $120 million in state dollars flowed to tribes to build essential infrastructure; enacted state legislation establishing a framework for collaborative state-tribal governmental relations; developed and sustained tribal immersion and dual language schools and positively transform public narratives about indigenous peoples. Warren is the president of the Kha’p’o Community School Board; co-chair of the New Mexico Broadband Collective, an advisory committee member for the Native American Relief Fund; and on the board of directors for the International Funders for Indigenous Peoples. He’s a longtime farmer who’s actively involved in the cultural life of his tribal community.

Warren earned a B.A. in history from Dartmouth College and a Master of Public Administration from Harvard University’s John F. Kennedy School of Government.

The Board of Directors sets policies and the direction for AmeriCorps and consists of the following standing committees.